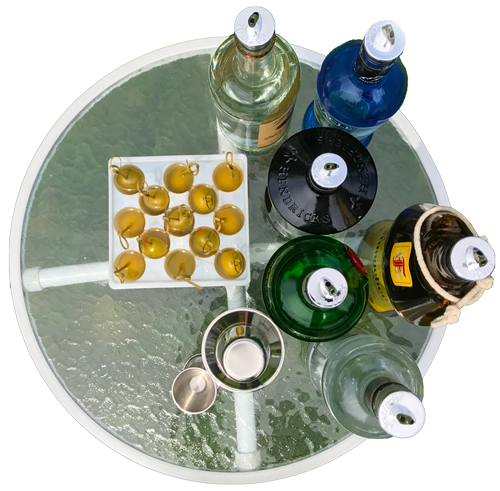 There is no definitive story on the creation of the martini, but folklore suggests the drink was first mixed during the California Gold Rush.

In 1849, a miner struck it rich and was returning to San Francisco. The miner, passing through Martinez, California, wanted to celebrate. He walked into a bar and asked for champagne, champagne was not available. However, the bartender told the miner that he had something much better than champagne and served a drink which the bartender said was a ‘Martinez Special’. The miner liked the drink and ordered for the house. Over a period of years, the name Martinez became martini.